The Embassy of France in Canada organized on Wednesday, October 21, at lycée Claudel in Ottawa, a ceremony in honour of Samuel Paty, a history and geography teacher beheaded in Conflans-Sainte-Honorine by an Islamist terrorist.

The ceremony brought together representatives of Canadian authorities (Minister Catherine McKenna and MP Marie-France Lalonde), the school’s educational community (management, teachers, student representatives), the honorary advisor to the Assembly of French Citizens Abroad and representatives of the French community.

After a few words of welcome from the Principal, the Minister of Infrastructure and Communities Catherine MacKenna and Marie-France Lalonde, MP and President of the Canada-France Interparliamentary Association, offered their condolences to the teacher’s family and friends and expressed solidarity on behalf of Canadians in these difficult times. Ambassador Kareen Rispal then delivered a speech before a wreath of flowers was laid in front of Samuel Paty’s portrait and a moment of silence was observed.

At the same time, a moment of silence was observed by Embassy and Consulate officials in honour of Samuel Paty and the Embassy’s flags were lowered to half-mast. 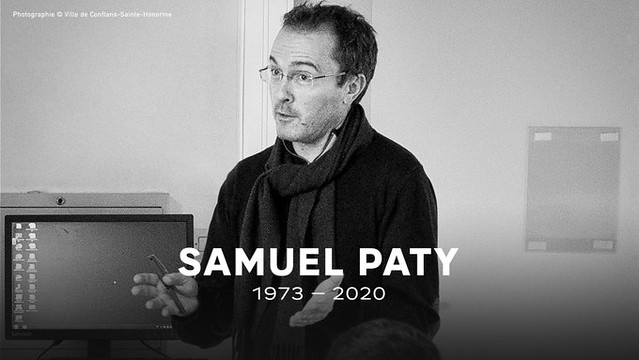