The patrouille de France will be in Gatineau April 30th #aero150

The opportunity to see two of the planet’s top jet aerobatic teams performing on the same day is one not to be missed. The Patrouille de France has only come to North America one other time and that was thirty years ago for Expo 86 in Vancouver. This will be their only Canadian performance on a tour of the United States commemorating 100 years since the USA joined the Allies in the First World War.

Performing in their spectacularly painted Dassault-Breguet/Dornier Alpha Jets, the “Patrouille” is the oldest aerobatic team in the world, first taking to the air in Stampe biplanes in 1931. Today, they are the epitome of French style and elegance. 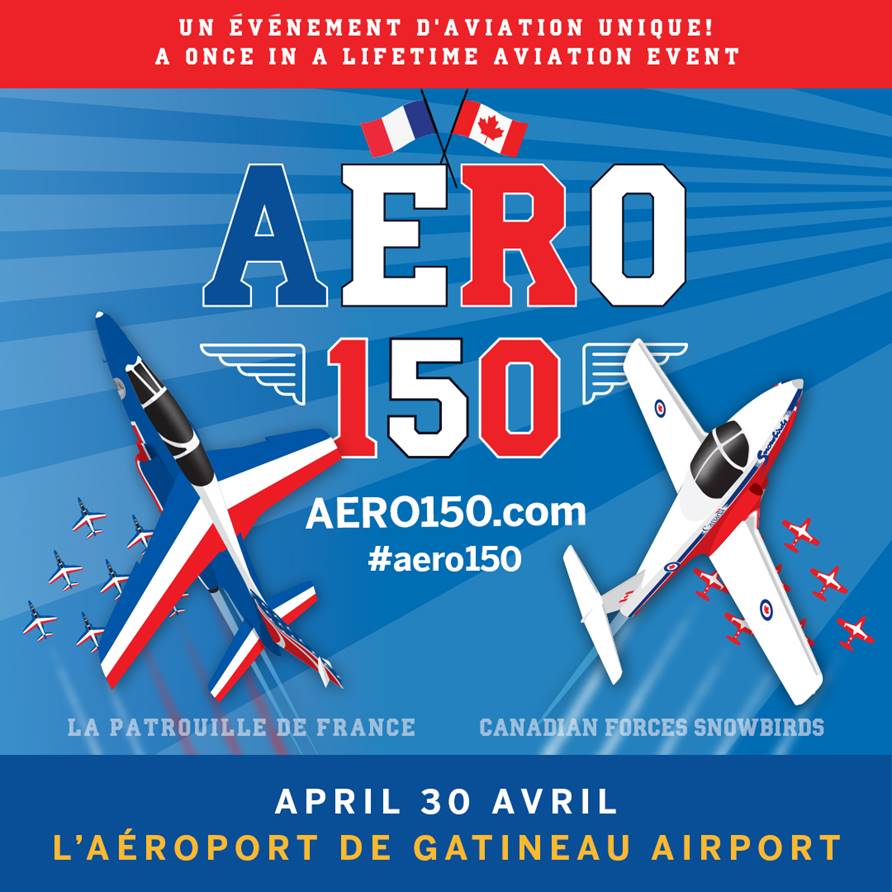