Home > The Embassy > News in Canada > Archives > 2012 : events in Canada > The Future of Digital Content a France Canada Summit 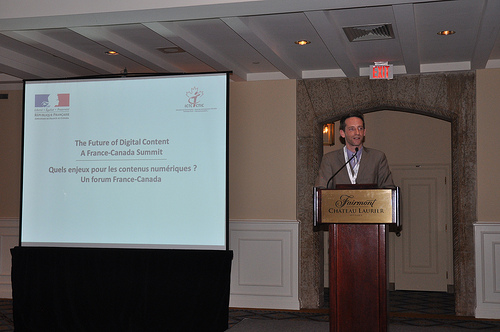 Mr. Thomas MICHELON, Cultural counsellor at the Embassy of France in Canada

The Embassy of France in Canada and the Information and Communications Technology Council (ICTC) organized a summit in Ottawa that brought together leading policymakers from both the public and private sectors in order to discuss the future of digital content industries.

The digital innovation that our world has seen over the past twenty years has had a considerable impact on culture and media. New technologies challenge previously balanced relationships and situations. They change not only the ways that culture spreads, but also the ways this culture is used. This evolution also shakes up the economic models of cultural industries, whether you look at music, books, cinema, audiovisual products, or video games. There are fundamental changes taking place in the very process of creation and in the relationships that authors and content creators have with their audiences. We have entered an age where the digital world will play a determining role in the creation and propagation of ideas, yet we still do not know, at this point, how these new processes will be put into place. The particular goal of this summit was to predict and analyze the potential consequences that these major changes will have on cultural industries.

This event, which will address audio, audio-visual and interactive content, is intended to create a dialog around developing strong content industries in the face of technological disruption. Priority was given to three particular topics of discussion: the role of consumers and new means of consumption, innovative business models, and changes in public policy and regulation. France and Canada have several things in common in these respects: significant public support for cultural industries, technological innovation, high-quality educational systems, and highly dynamic business sectors.

With this in mind, this three-day event included expert debates, round-table discussions, and case studies. The Summit opened with memorable presentations by Dr. Sara Diamond, President of Ontario College of Art & Design (OCAD) (Toronto), and Dr. Olivier Bomsel, Professor of Industrial Economics at MINES ParisTech and Head of the ParisTech Chair of Media and Brand Economics. The results of these conclusions, analyses, and recommendations will be published in a summary report in the weeks to come.

This summit was organized thanks to the active participation, expertise, and financial support of a number of partners, including Québecor Media, the Society of Composers, Authors and Music Publishers of Canada (SOCAN), and the Canada Media Fund (CMF). The summit also received financial support from Radio Canada, Téléfilm Canada, the Ontario Media Development Corporation (OMDC), the Bell Broadcast and New Media Fund, Société de développement des entreprises culturelles (SODEC), and TV5 Québec Canada.

Speech by the Ambassador of France

His Excellency Philippe Zeller Ambassador of France to Canada

... … We have entered an age where the digital world will play a determining role in the creation and propagation of ideas, yet we still do not know, at this point, how these new processes will be put into place.

The fourfold increase in Internet traffic between now and 2016 (by which date it is estimated that the number of web users will reach 3.4 billion, which would be 45% of the global population) will only spur on this profound change.

We must not see this as a danger, but rather as an opportunity and a challenge. This summit provides us with an occasion to look at the future with confidence and, above all, with creativity and vision… FULL SPEECH 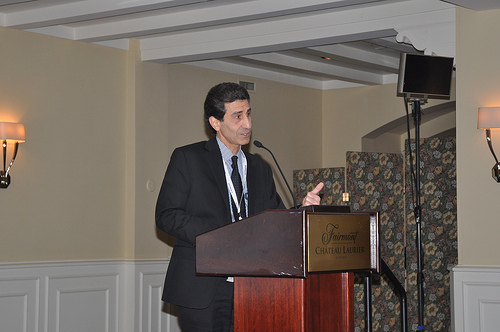 … We live in a global media environment that is increasingly being shaped by the Internet, multiplatform technologies, and consumer expectations. 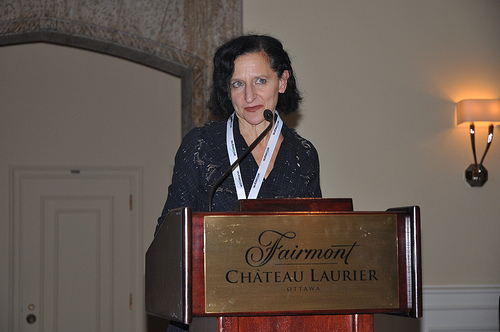 ... Canada and France share a mutual history of early industrial, public sector and educational interest in digital media as it emerged in the 1990s.

French philosophers and cultural theorists left a profound mark on our understanding of the digital revolution, whether Gilles Deleuze who first remarked on the perceptual shifts that digital brings, Michel Foucault’s prescient awareness of the integration of the body and technology – described as bio power - Pierre Levi who predicted the shifts in collective consciousness that we now call social media, Jean Baudrillard who realized that the image would be more powerful than reality, Regis DeBray and Paul Virilio who anticipated the speed of change in our era and Regis DeBray who framed the democratic potentials of the digital.

And Canada boosts Harold Innis who envisioned the power of a national voice within global communication and Marshall McLuhan who understood that the medium is the message... FULL SPEECH

Dr. Olivier Bomsel Professor at MINES ParisTech and Head of the ParisTech Chair of Media and Brand Economics 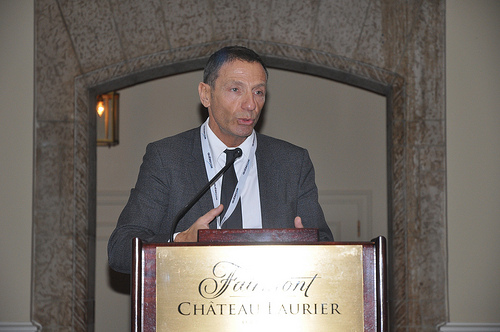 Professeur Olivier BOMSEL, Professor at MINES ParisTech and Head of the ParisTech Chair of Media and Brand Economics

… One effect of digitization has been the encoding of all media in digital format and their accessibility, through search engines, to end consumers. As it places the media in the same category as data – what you call content here – this operation is a very dangerous way of hiding the meaningful, editorial, media dimension of what I call monstration.

Books, newspapers, music albums, movie theatres, television networks, Las Vegas music halls are not in the business of distributing data—instead, they publish it—in Latin, they give them expression, bring them into the light of day. … FULL SPEECH

... We have to get to grips with the fact that technological change is a journey, not a destination.

We cannot develop business plans with the notion that, at some point down the road, changes will slow and technologies will mature.

Constant, sudden and paradigm-altering changes are now the norm…FULL SPEECH 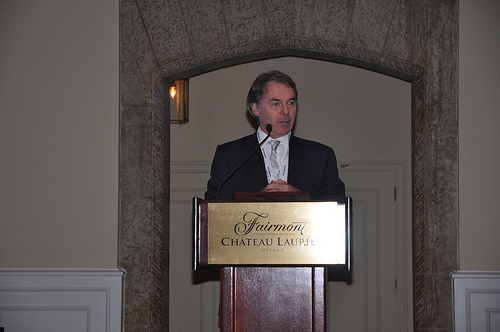