Home > The Embassy > News in Canada > Archives > 2011 : events in Canada > The French Nobel Prize winner in Medicine in Ottawa

The French Nobel Prize winner in Medicine in Ottawa

Professor Jules Hoffman, winner of the 2011 Nobel Prize in Medicine and the CNRS 2011 Gold Medal for his work on insect immunity, will be in Canada from October 18-28, specifically in Ottawa and Toronto, for a series of conferences.

Nobel Laureate in Medicine Jules A. Hoffmann, was awarded an honorary doctorate from the University of Ottawa during a special ceremony at the Faculty of Medicine, on Friday, October 21, 2011.

After the ceremony, Dr Hoffmann delivered a presentation entitled “The Antimicrobial Host Defense of Drosophila: A Paradigm for Innate Immunity” at Carleton University and the University of Ottawa on the initiative of the Gairdner Foundation, which presented him with a 2011 Canada Gairdner International Award in Toronto on October 27. 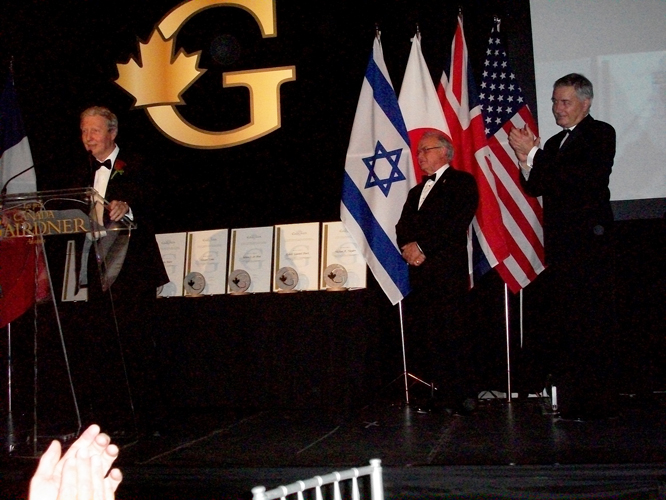 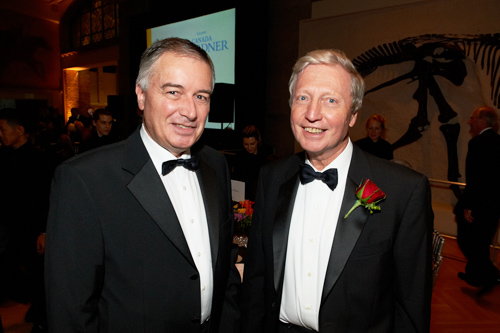 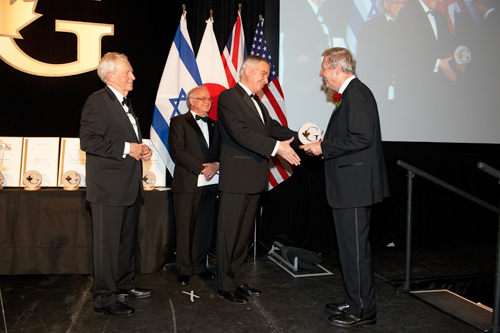 Professor Hoffman created and headed the CNRS Insect Immune Response and Development laboratory at the CNRS Molecular and Cellular Biology Institute in Strasbourg, where he still conducts research.

His numerous discoveries in this field have led to new insight into the defence mechanisms that organisms, ranging from the most primitive to humans, use to fight infectious agents. 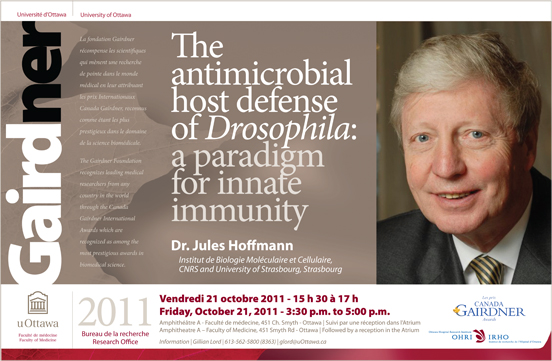