Screening of The Artist

The Embassy of France in Canada, in partnership with Alliance Vivafilm, Radio-Canada and the ByTowne Cinema, is pleased to invite you to the screening of

The Artistdirected by Michel Hazanavicius 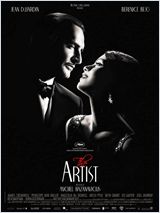 The evening will be hosted by Valérie Roberts, cultural reporter for the Téléjournal

How to get tickets

Registered invitation for one personYou can forward this invitation to your contacts and friends,as registration for tickets is open to everyonesubject to available seating

Synopsis: Hollywood, 1927. George Valentin is silent film star with everything going his way. The arrival of talking pictures will see him fade in oblivion. A young extra by the name of Peppy Miller is about to rocket to stardom. This film tells the story of their intertwined fates, or how celebrity, pride and money all come between them and their love.