A French-Canadian working group on economic development in the Saint-Pierre-et-Miquelon archipelago is meeting on October 2-3 in Ottawa. 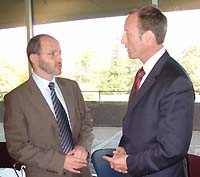 Its aim is to define the principal factors enabling the archipelago to fit in harmoniously with its nearest economic environment: Canada’s Maritime Provinces (Newfoundland and Labrador, Nova Scotia, Prince Edward Island and New Brunswick).

Elected officials and the prefect from Saint-Pierre-et-Miquelon, experts from the concerned French and Canadian ministries (Overseas, Foreign Affairs, Industry, Tourism, Agriculture and Fisheries) and specialized agencies, are attending the meeting. Fishing, waste management, the environment, the exploitation of hydrocarbons and tourism are all on the agenda. 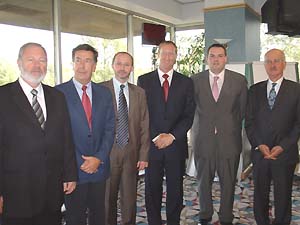 This working group was created following a proposal made by Foreign Minister Douste-Blazy to his Canadian counterpart, Peter MacKay, during his trip to Ottawa this past March.