The 3rd Annual Remembrance Day Ceremony for the people of France and the French community in Canada is a ceremony that recognizes and commemorates the 500 years of joint history between the two countries including the share sacrifice of services during the World Wars, NATO and UN Peacekeeping missions and other conflicts.

The 2020 ceremony included the official launch of the Amicitia France-Canada Monument. This is the first international France-Canada Monument that honours this history on Canadian soil. The monument will be strategically placed near the National Military Cemetery due to its strong military linkages between Canadian & French Forces since the First World War. 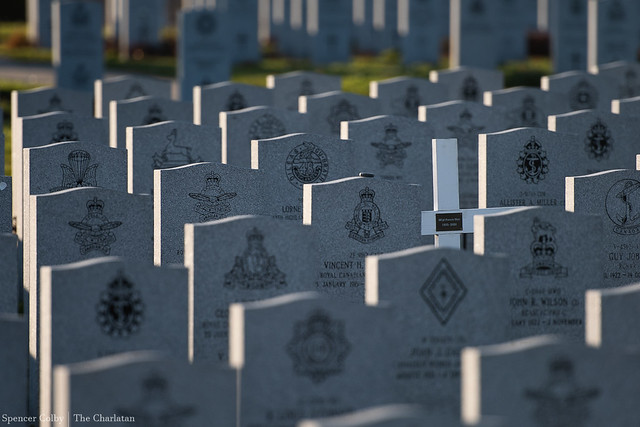 Background on the France and Canada Military History

During the Great War, there were over 650,000 Canadians and Newfoundlanders who participated in that “war to end all wars.” Amidst them are French immigrants who arrived during the late 19th and early 20th century who volunteered to join the Canadian Corps for fighting in France. Despite the terrible conditions that existed at that time and building on the foundation established by members of the French and Allied Forces, it was at the Battle of Vimy Ridge that Canada attacked and captured the German stronghold in April 1917.

During the Second World War, there were countless battles undertaken by thousands of Canadian sailors, soldiers and aviators who were part of the efforts in the Liberation of France in August 1944. As a sign of respect and appreciation to the Canadians, the government of France awarded their Legion of Honour to more than 1,400 men and women from the Canadian armed forces who participated in the Liberation efforts that spanned from Provence to Normandy. History repeated itself when French people from the Free French forces enrolled in the Canadian forces for combat in France – of whom one of these members was buried with full military honours at Beechwood Cemetery.

Today, France and Canada continue their commitment to work jointly all around the world in military and police conflicts such as fighting terrorism in Afghanistan, fighting drug interdiction in the Caribbean and conducting peace keeping and making operations in remote and conflicted regions.

The French Legion of Honor was created by Napoleon Bonaparte in 1802. It rewards the merits acquired by citizens, regardless of any social or hereditary consideration.

The Military medal rewards non-officers soldiers of all arms. Established on January 22, 1852 by Prince-President Louis-Napoléon Bonaparte (the future Emperor Napoleon III), it has no rank or degree, and is therefore the only honorary gesture that puts all recipients on an equal footing , from the most humble to the most prestigious. Because of its prestige and value, it is also nicknamed the Medal of the Brave or the Jewel of the Nation.

The National Order of Merit is a distinction created by General de Gaulle in 1963, to reward French citizens and foreign personalities who contribute to the promotion of France’s values ​​and the influence of its culture.

The National Defense Medal is awarded in the name of the Minister of the Armed Forces and is a recent decoration, created on April 21, 1982, on the initiative of the Minister of Defense at that time Mr Charles Hernu. It rewards particularly honorable services rendered by the military during their participation in the operational activities or operational preparation of the armies, in particular maneuvers, exercises, field services as well as interventions for the benefit of the populations.