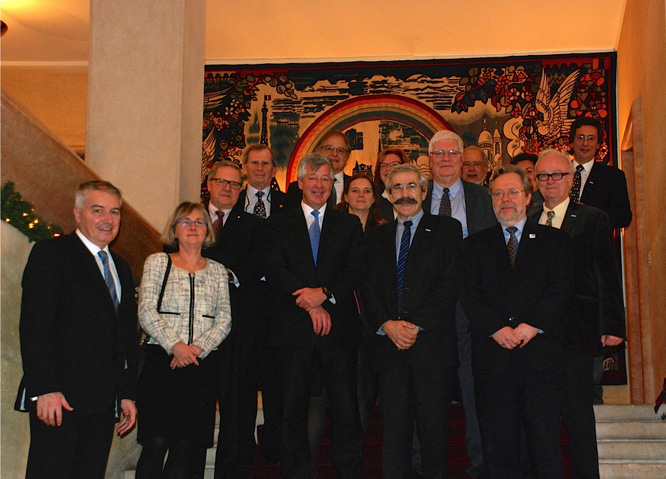 Ambassador Philippe Zeller organized a lunchtime reception where special guests included Dr. Jean-Baptiste Richardier, Executive Director and co-founder of Handicap International, and the Honourable Lloyd Axworthy, Canadian Minister for Foreign Affairs when the Ottawa Treaty was signed and the current President of the University of Winnipeg.

In 1997, Handicap International and five other organizations were jointly awarded the Nobel Peace Prize for their contributions to the International Campaign to Ban Landmines.

[1] Convention on the Prohibition of the Use, Stockpiling, Production and Transfer of Anti-Personnel Mines and on their Destruction.