Official visit of the Prime Minister to Canada

Jean-Marc Ayrault began his first official visit to Canada in Ottawa. He was greeted by Prime Minister Stephen Harper, with whom he had several meetings during his visit to Canada.

This first day was an opportunity for the French Prime Minister to meet with members of Ottawa’s French community. 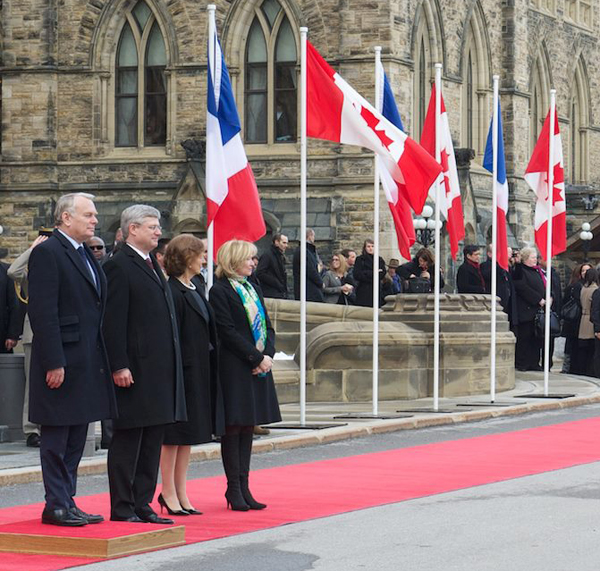 :: The French Prime Minister met with members of Ottawa’s French community on the first day of his official visit to Canada. 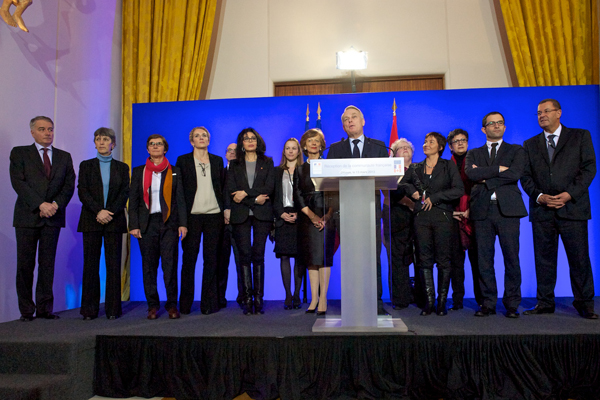 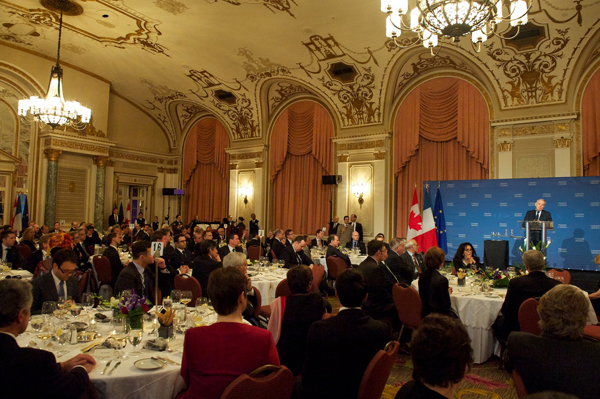 The day’s agenda began with morning meetings in Ottawa, particularly regarding development of the economic aspect of the Franco-Canadian partnership with regard to the current finalization of a comprehensive economic and trade agreement between the European Union and Canada.

In Toronto, Mr. Ayrault met with Kathleen Wynne, the Premier of Ontario. He also met with Volunteers for International Experience (VIE) at a ceremony celebrating the 200th volunteer contract in Canada

:: Prime Minister Ayrault at the Empire Club of Canada

Speechby the French Prime Minister at a dinner conference organized by the Franco-Canadian Chamber of Conference in Montreal, with Pauline Marois, Premier of Quebec. 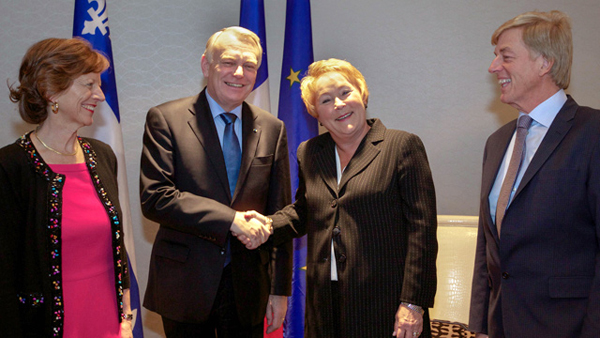 Prime Minister Ayrault ended his official visit in the province of Quebec.

Arriving in Montreal Thursday evening with the rest of the delegation, Mr. Ayrault attended a dinner that offered an opportunity for discussion with Pauline Marois, Premier of Quebec, whom he had previously met in Matignon during her official visit to Paris last October.

This dinner-conference was organized by the French Chamber of Commerce in Canada.

In Quebec, on Friday, the two heads of government co-presided over the 17th instance of alternating meetings that aim to establish the major guidelines of Franco-Quebecois cooperation on a regular basis.

This will be Mr. Ayrault’s first official visit to Canada at the invitation of Prime Minister Stephen Harper. He will take this opportunity to lend new momentum to the historical bonds of friendship between France and Canada that were demonstrated once more by the support that the Canadian government provided for France’s intervention in Mali. Means of further developing the economic aspect of this Franco-Canadian partnership will be a priority item on the agenda as Canada and the European Union finalize a global commercial and economic agreement. In Toronto, Mr. Ayrault will meet with Kathleen Wynne, the Premier of Ontario.

In Quebec City, Mr. Ayrault will have the pleasure of meeting with Premier Pauline Marois, with whom he met during her official visit to Paris last October. The two heads of government will preside over this 17th instance of the alternating meetings that aim to establish the major guidelines of Franco-Quebecois cooperation on a regular basis. Beyond the interpersonal exchanges that cement the friendship between France and Quebec and mobilize young people in particular, special attention will be paid to reinforcing all aspects of Franco-Quebecois cooperation, especially with regard to economic relations.