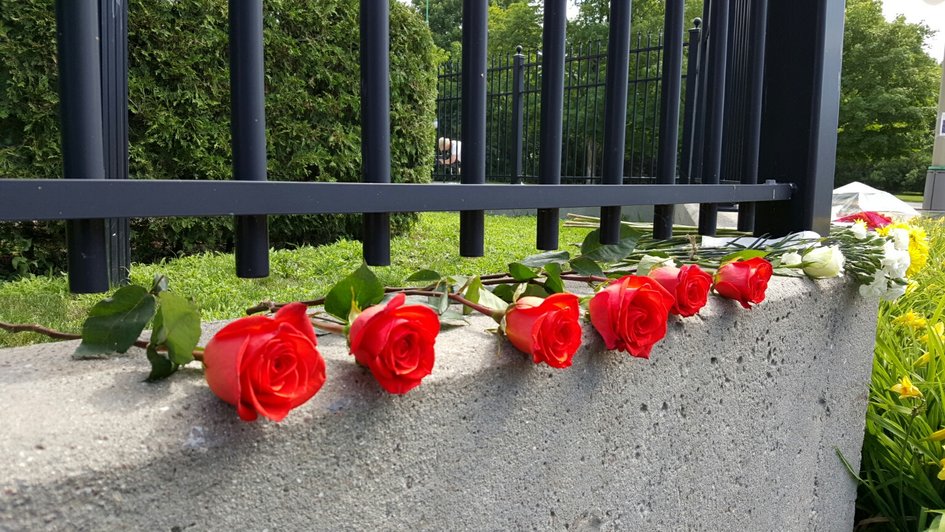 An electronic book of condolences is now accessible via nice.14juillet@ambafrance-ca.org. 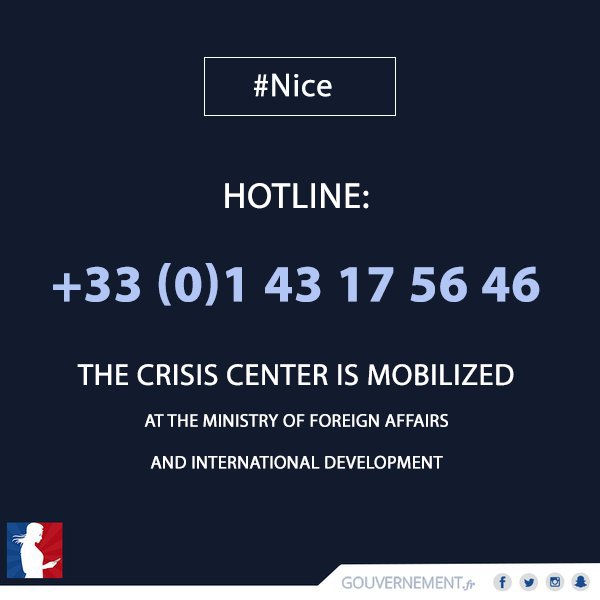 The president of the French Republic has declared days of national mourning on 16, 17 and 18 July 2016 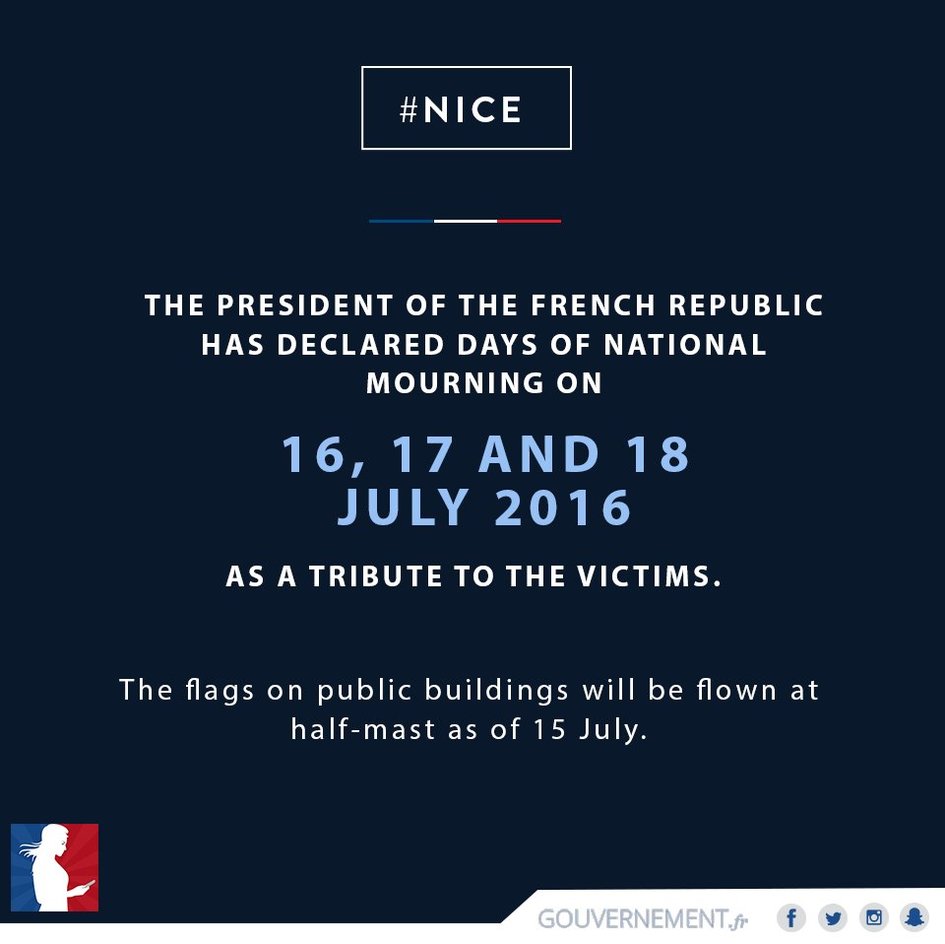 Statement by M. François Hollande, President of the Republic