Bernard Kouchner attended the Preparatory Conference on reconstruction in Haiti hosted by the Government of Canada in Montreal and attended by Haiti’s Prime Minister, Jean-Max Bellerive. 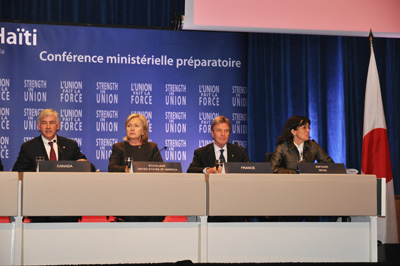 The conference concluded with a declaration acknowledging respect for Haiti’s sovereignty during the provision of humanitarian aid and reconstruction. The participants worked to adopt a coordinated, coherent and comprehensive approach to meet Haiti’s immediate and long-term needs.

While recognizing the need to provide an ongoing humanitarian aid, the participants determined long-term strategic objectives, as declared by Bernard Kouchner: "What was destroyed in a few seconds will have to be reconstructed for a number of years, under the Haitian leadership."

The participants agreed on the following three strategic objectives:

The participants also outlined a path for reconstruction in Haiti calling for an international donor and partner conference to take place in late March at the UN headquarters in New York, under the leadership of the Haitian government and supported by key contributors, specifically Canada, Brazil, the United States, the European Union, Span and France. 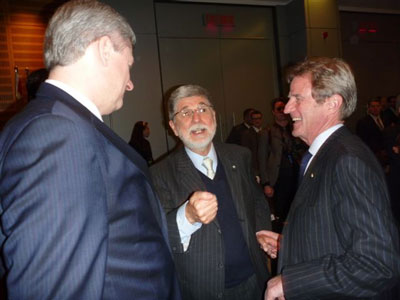 Foreign Affairs Council of January 25 has decided to respond to the request for aid by the United Nations. The European Union will offer a coordinated effort in the following areas:

Lastly, a coordination cell (EUCO Haiti) will be set up in Brussels in order to coordinate the contributions of military and security resources.