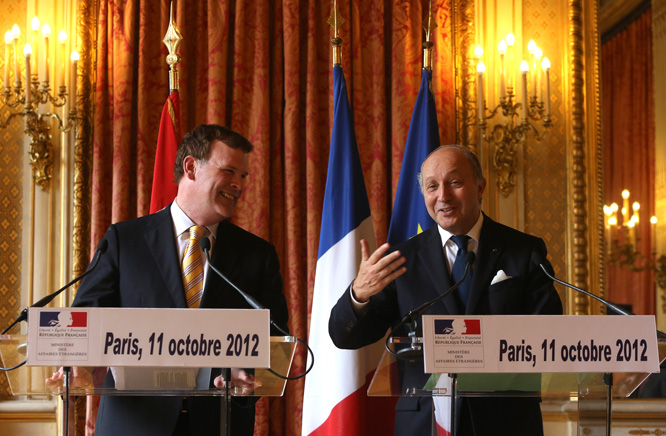 The two ministers discussed the key international issues on which we’re working in close cooperation. The situation in Syria, Iran and the Sahel was notably be discussed. Mr. Laurent Fabius and Mr. John Baird also discussed the deepening of French-Canadian bilateral relations through our strengthened cooperation in the fields of youth, professional mobility and economic trade. 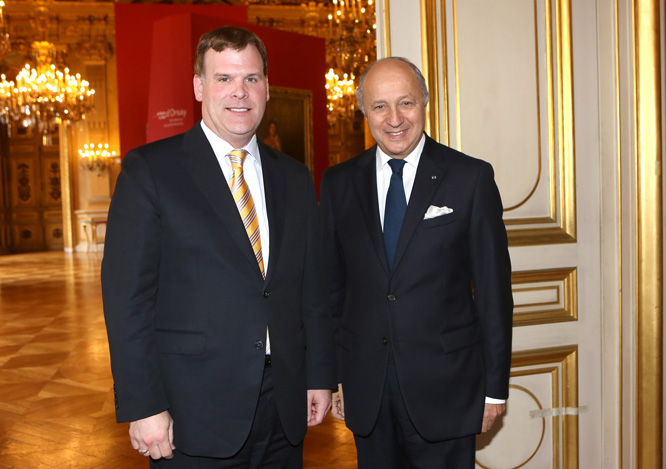 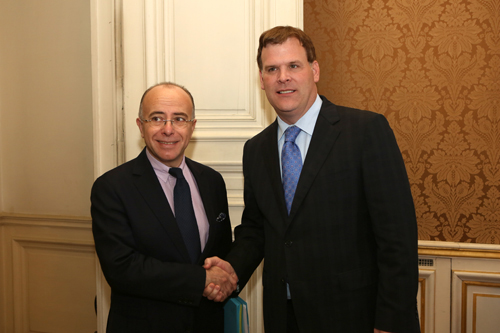 Mr. John Baird met on October 12 with Mr. Bernard Cazeneuve, Minister Delegate for European Affairs. They discussed the work between the EU and Canada to conclude, in the near future, a comprehensive economic and trade agreement, as well as a strategic partnership agreement.