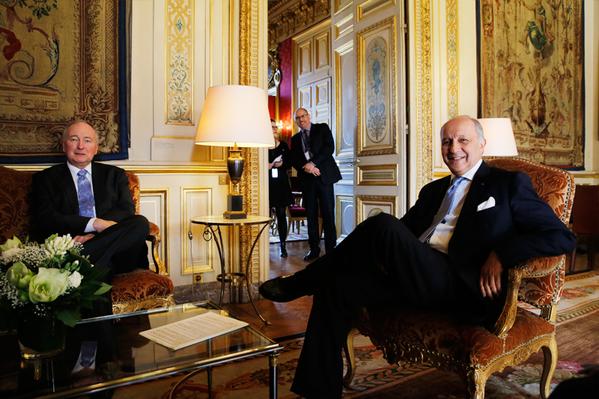 During this meeting, Mr. Fabius addressed a number of high-profile international issues that are already the subject of close cooperation between France and Canada: the situation in Ukraine, the fight against ISIS, and Iran’s nuclear program. They also discussed the EU-Canada Comprehensive Economic and Trade Agreement and worked to prepare for the upcoming 2015 climate conference taking place in Paris.

The two ministers also reported on the current state of Franco-Canadian relations and the enhanced cooperation agenda between our two countries.