“From the ninth level of heaven, Long Ma—a cosmic creature who is half-horse, half-dragon—keeps watch over humanity. But a sinister force that has taken the form of a giant spider slips into his home as he sleeps, burning his wings and robbing his sacred temple. From this time forth, the Dragon-Horse roams the seven seas in search of his missing temple.

The giant spider, Kumo, takes refuge in Ottawa, the mother-city of all spiders. Buried deep beneath the waves, the temple remains concealed. But the recent work undertaken by the city to build Ottawa’s new transit line has disturbed Kumo, and she is forced to emerge from the ground. Her power depleted, the spider becomes vulnerable and loses control of the temple, which reappears in the city. Alerted by this apparition, Long Ma sets out on the route taken by Champlain several centuries earlier, with the intention of recovering his temple of travel, a shrine that he alone has the power to properly restore.”

Part dragon and part horse, Long Ma stands 12 metres high, 5 metres wide and weighs 45 tons. Although his body is made of wood and steel, we quickly fall under his spell and connect with him on an ethereal level. From the top of his hooves, he trots with elegance, gallops, rears himself up and lies down. 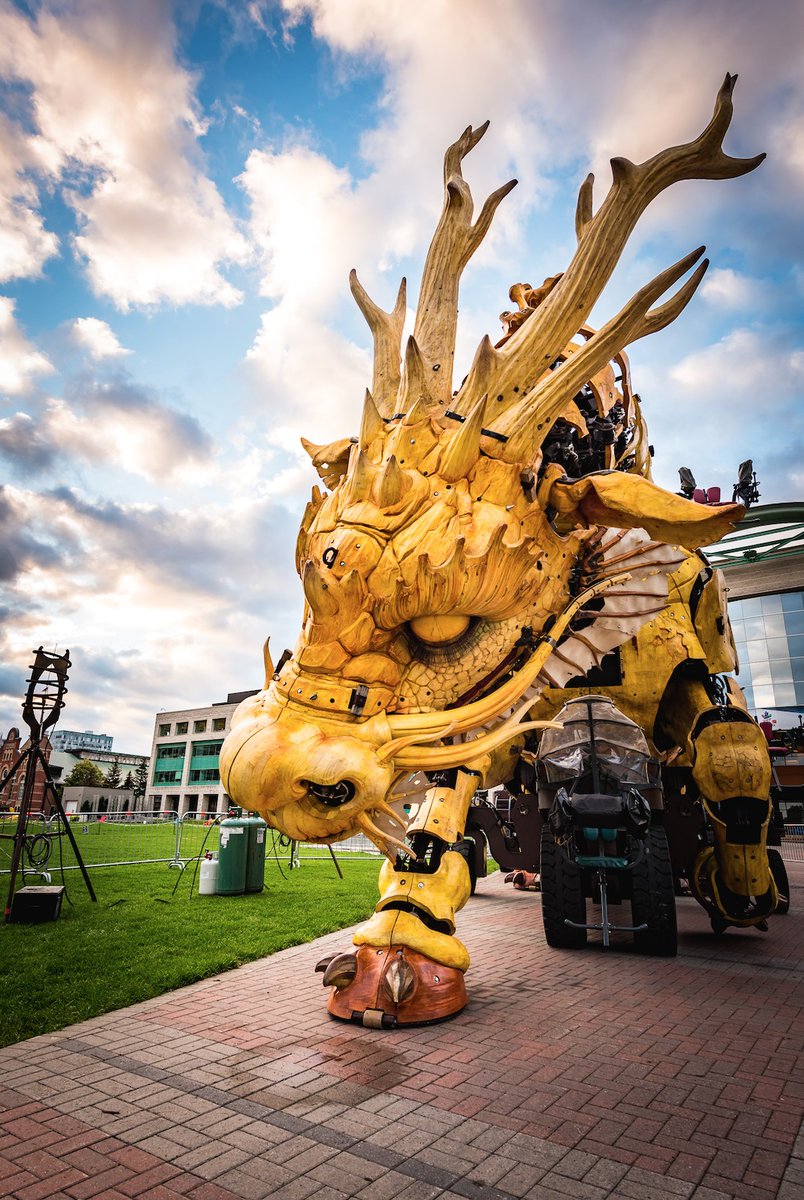 With his piercing gaze, Long Ma scours the crowd and interacts with them as his neck rises, lowers and oscillates from left to right. His ribcage swells under the pressure of his lungs. But be careful, the warm breath coming out of his nostrils could quickly be transformed into fire coming out of his mouth.

Beautiful and repulsive, aggressive and gentle, Kumo, the giant spider, will give you chills. Her eight legs and body that synchronize as she crawls around town gracefully. Like a dancer, she wanders, steps over trees, streetlights and bus shelters… At rest, she is 5.7 metres high and 6 metres wide, but she can reach up to 13 metres when in motion. Fully outstretched, she is about 20 metres long. 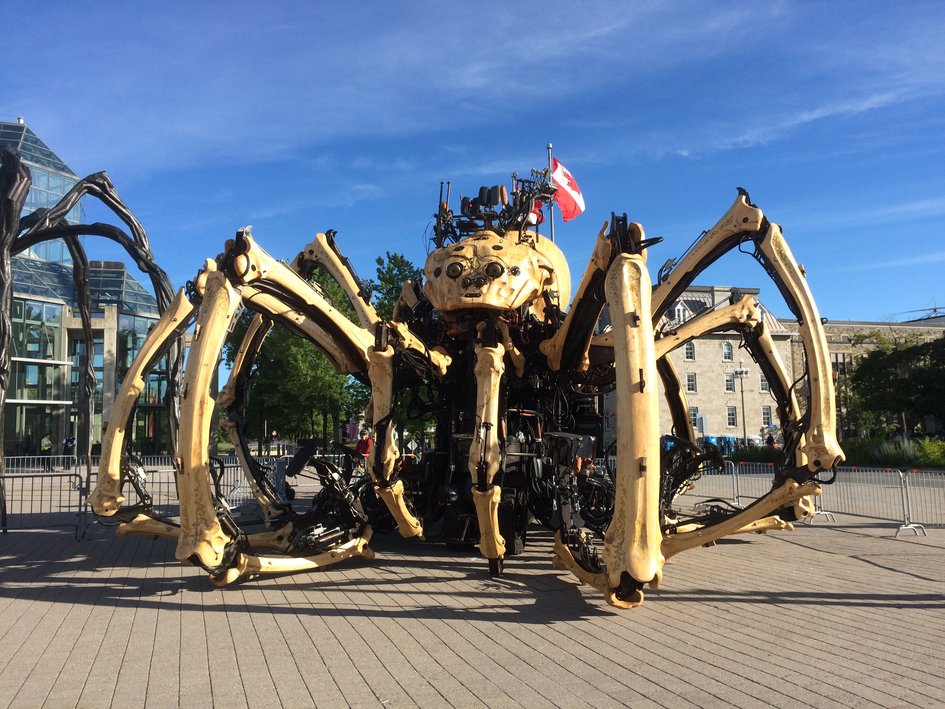 Will she extinguish Long Ma’s flames with the water deployed from her abdomen?

La Machine is a french street theatre company founded in 1999 and leaded by François Delarozière. Its conception is thanks to artists, technicians and theatre designers working together for the construction of unusual theatre objects. Today, La Machine develops many projects in the field of urban development as well as for street theatre. At the heart of La Machine’s artistic approach, movement is read as a language, as a source of emotion. Through each of these living architectures, the idea is to dream of tomorrow’s cities, and thanks to this, transform the way we look at our towns. To bring its creations to life, La Machine has set up two workshops, one in Nantes and one in Tournefeuille. They bring together many different trades and crafts from theatre and the arts, to industry and advanced technology. People and their skills are the very essence of the creative process.