L’Oréal-UNESCO For Women in Science [fr] 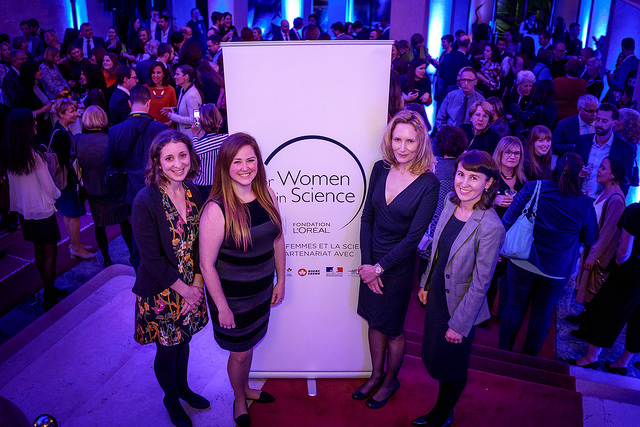 During a ceremony held on November 26 at the French Embassy in Canada, five Canadian researchers were honoured and rewarded through the L’Oréal-UNESCO For Women in Science program, with the support of the Canadian Commission for UNESCO. 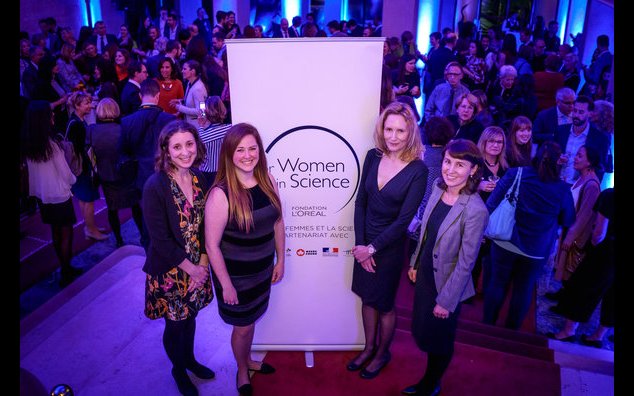 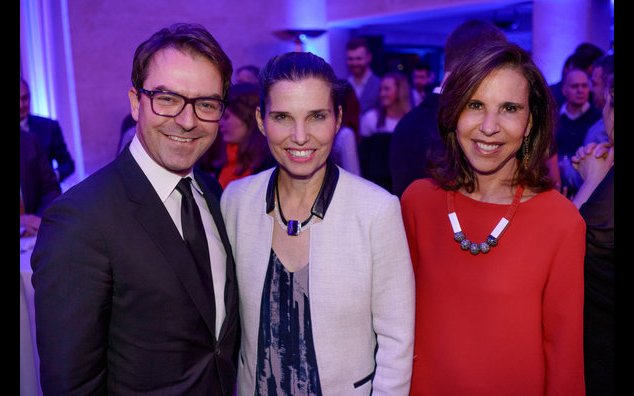 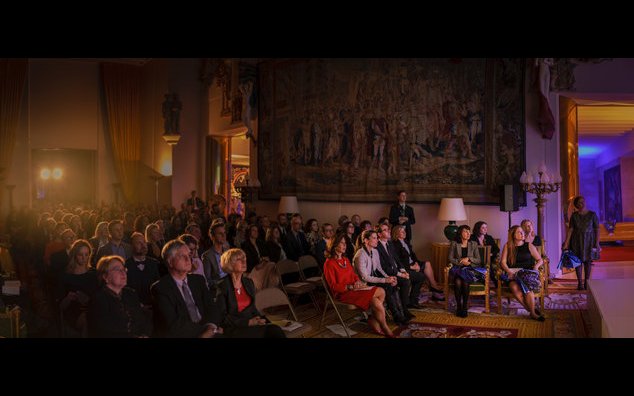 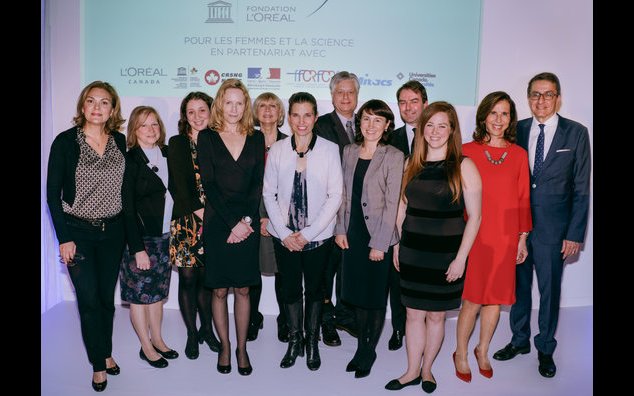 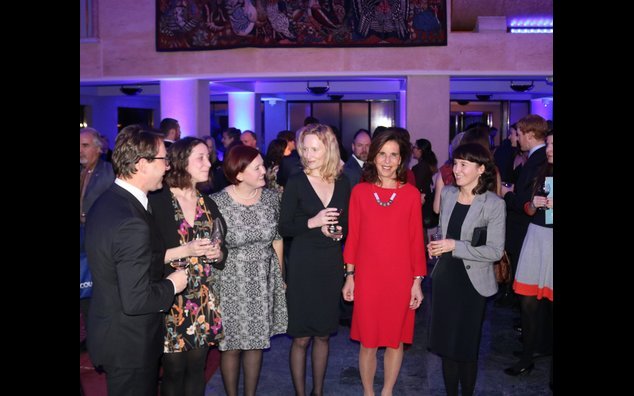 In presence of Kareen Rispal, Ambassador of France in Canada, host of the event and the Honourable Kirsty Duncan, Minister of Science and Sport, these 5 young women joined the international scientific community of 102 Laureates and more than 3000 young women researchers, who, over the last 20 years, have benefited from increased recognition within the scientific community. Women continue to be under-represented in public and professional life, particularly in science, where the glass ceiling is still a reality. Today, only 28% of scientists are women and 3% of Nobel Prizes for Science have been awarded to women since the awards began in 1901. Despite this, there are many eminent women scientists, and raising their profile is vital to promoting greater gender equality in science. Annually for the past 20 years, the L’Oréal Foundation has recognized exceptional female scientists, in partnership with UNESCO, and taken action to improve the balance of women and men in science.

The L’Oréal-UNESCO 2018 Excellence in Research Fellowships, each worth $20,000, are awarded to support major postdoctoral research projects undertaken by young Canadians at a pivotal time in their career. They reward excellence and allow top scientists, selected by a panel of experts, to further their research. Ms. Liette Vasseur, President of the Natural, Social and Human Sciences Sectoral Commission of the Canadian Commission for UNESCO, had the pleasure to present them to:

A $10,000 NSERC and L’Oréal-UNESCO 2018 For Women in Science Supplement was awarded by Dr. Pierre Charest, Vice-President, Research Grants and Scholarships Directorate, Natural Sciences and Engineering Research Council of Canada to a Canadian scientist involved in a promising research project, namely:

To support the mission of the France Canada Research Fund (FCRF), Ruby Heap, Co-president FCRF, awarded two fellowships of $5,000 each to encourage and develop scientific and university exchanges between France and Canada, in all areas of knowledge, from fundamental science to human and social sciences. The L’Oréal Canada France Canada Research Fund 2018 fellows are:

In his closing remarks, Frank Kollmar, President and CEO of L’Oréal Canada, said: “Tonight, we honor women of science, because the L’Oréal Foundation and UNESCO have a conviction that is also obvious: the world needs science and science needs women. These 5 young researchers represent the future of scientific excellence in Canada and the advancement of our society.” *Nobel Prizes and UNESCO Science Report Toward 2030, 2015

L’Oréal Canada is a wholly-owned subsidiary of L’Oréal Group, the largest cosmetics company in the world. Headquartered in Montreal, the company had sales of $1.192 billion in 2017 and employs more than 1,300 people. It holds a portfolio of 39 brands, encompassing all aspects of beauty, and is present across all distribution networks: mass market, department stores, salons, pharmacies, drugstores, and branded retail.

The Canadian Commission for UNESCO serves as a bridge between Canadians and the vital work of UNESCO—the United Nations Educational, Scientific and Cultural Organization. By promoting UNESCO values, priorities and programs in Canada and by bringing the voices of Canadian experts to the international stage, the Commission contributes to a peaceful, equitable and sustainable future that leaves no one behind.