On 8 March 2021, International Women’s Day, the Simone Veil Prize of the French Republic was awarded to the Afghan politician Ms Habiba Sarabi by the Minister for Europe and Foreign Affairs, Jean-Yves Le Drian.

This prize, presented for the first time in 2019 by the French President, is awarded to a person or group working to promote the rights and status of women and/or gender equality. It shows France’s commitment alongside those who further women’s rights around the world.

Habiba Sarabi, whose activism on the ground is universally recognized, is a major Afghan public figure. She was Minister of Women’s Affairs of Afghanistan from 2002 to 2004. She worked with Nicole Ameline, her French counterpart at the time, on a project for emergency women’s shelters. She also provided crucial support for France in the creation of the Istalif Women’s House.

In 2005, Habiba Sarabi became the first woman in Afghani history to govern a province (Bamyan), implementing reforms to advance education and a greater role for women in society.

Habiba Sarabi became Deputy Chair of the High Peace Council in 2016 and is currently a member of the republican delegation for the peace negotiations between the Afghan Government and the Taliban which began in Doha in 2020. 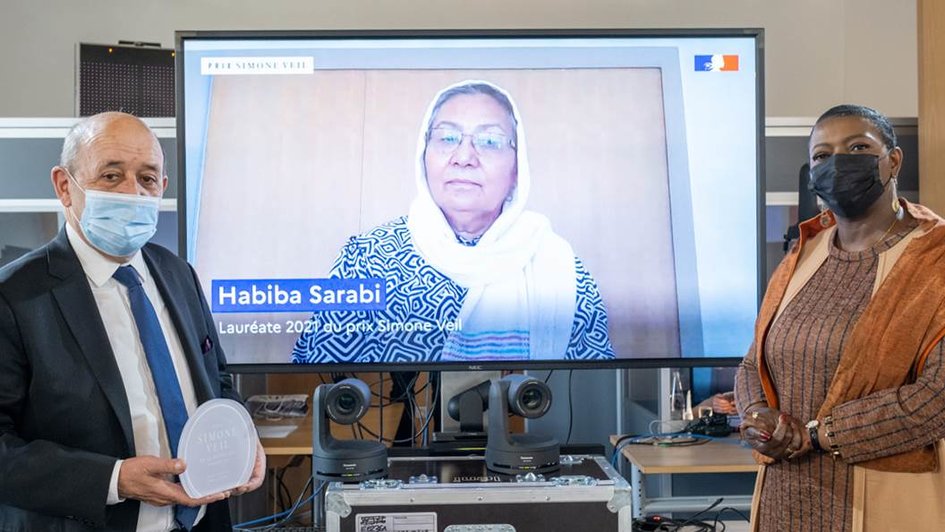