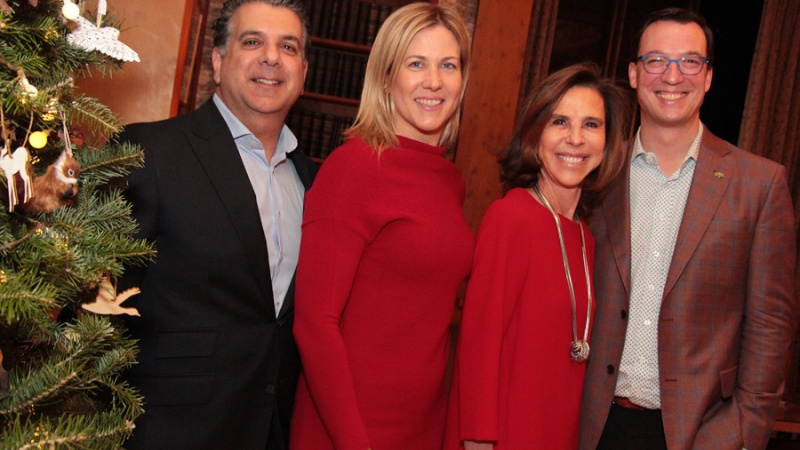 From left, guests Gary Zed and Liza Mrak with French Ambassador Kareen Rispal and restaurateur Stephen Beckta at the launch reception for Goût de France / Good France, held at the Embassy of France on Monday, Dec. 9, 2019. Photo by Caroline Phillips

Goût de France Ottawa Launch - Ottawa CitizenThe French Ambassador to Canada, Kareen Rispal, hosted a cocktail reception for foodies to launch the 2020 edition of the Goût de France dinner in April, a fundraiser for the Boys and Girls Club of Ottawa. Goût de France is a gourmet festival to celebrate French gastronomy, with over 2,500 chefs from all over the world preparing French meals with ingredients from the Loire Valley region of France. 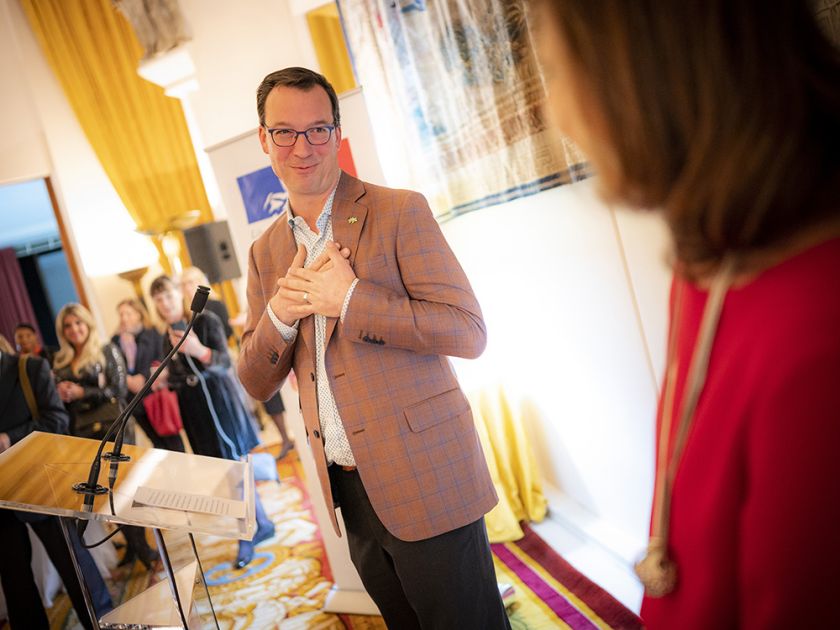 Stephen Beckta, owner of Beckta, Play and Gezellig restaurants and chair of the Boys and Girls Club of Ottawa, showed his appreciation for Kareen Rispal, French Ambassador to Canada, for all she does for local charities. Ashley Fraser / Postmedia