On Tuesday, April 6, the French Navy patrol vessel Fulmar departed from Saint-Pierre-et-Miquelon for a deployment to Lake Ontario, where a Canadian Search and Rescue (SAR) exercise was conducted.

After a patrol in the French Exclusive Economic Zone (EEZ), the Fulmar began its ascent toward the St. Lawrence River on 8 April. The Fulmar sailed through the channels of the St. Lawrence River to Montreal. Marine pilots took turns guiding the vessel to avoid danger. In these waters, Canadian Coast Guard vessels also sailed the river to continue their route toward Quebec, then toward Trois-Rivières. 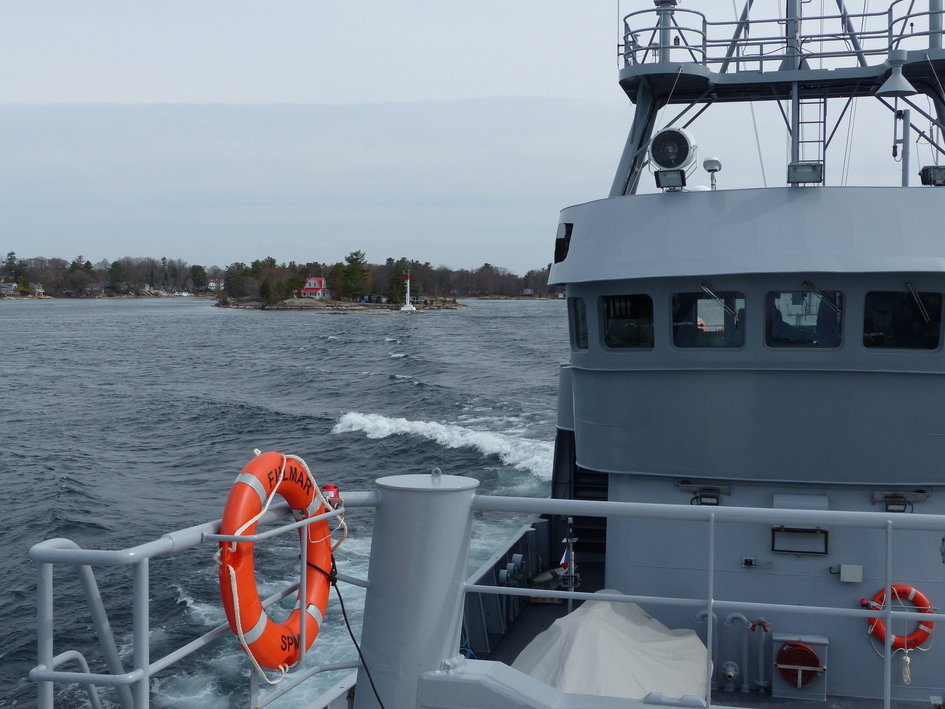 In order to ensure the safe operation of the vessel during whole days of channelling, the Fulmar’s eleven sailors were mobilised to maintain maximum attention. Late in the day on April 9, the Fulmar arrived in Montreal for an inspection. This inspection was mandatory before continuing to the Seaway, another network of locks, canals and waterways that lead to the Great Lakes. The purpose of the inspection was to ensure all safety standards on board are met and that the navigation or manoeuvring equipment is functional. The Fulmar passed the "test" with flying colours.

The patrol vessel then crossed the city on the St. Lawrence River. It then entered the Seaway toward Toronto through the St. Lambert lock, which marks the entrance to the Seaway. The locks followed one another: Côte-Sainte-Catherine, Beauharnois, Snell, Eisenhower and finally Iroquois. 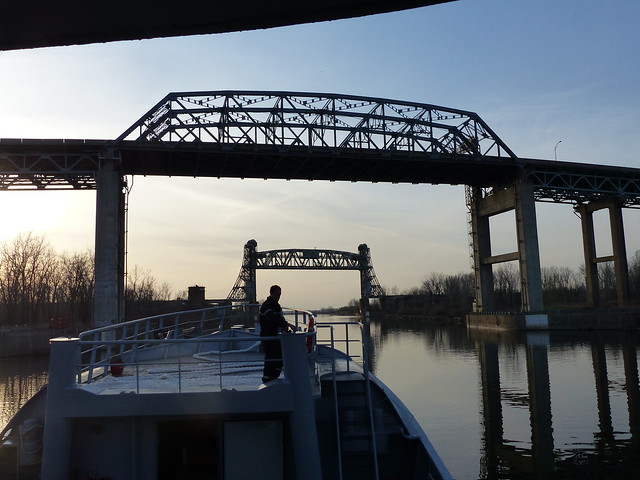 The Fulmar then sailed through Mohawk territory toward Lake Ontario. It even crossed the American waters of New York State! On 12 April, the Fulmar docked in Toronto, on the shores of Lake Ontario, ready to cooperate with Canadian assets in a major Search and Rescue exercise.

Students from the Lycée Français de Toronto had the opportunity to meet the captain of the Fulmar, Lieutenant Marc Duvoux, and his crew during a virtual tour arranged on board the patrol vessel. It was a great opportunity to talk about France’s security missions abroad and the naval cooperation work undertaken in partnership with Canada.

On the late morning of 14 April, the Joint Rescue Coordination Centre (JRCC) in Trenton received an alert: a recreational craft was in trouble on Lake Ontario near Kingston, Canada. An initial assessment of the situation indicated that two people were missing, having gone overboard, and two others were still on board. They were in shock and unable to give details of the circumstances and exact time of the accident. Read more (in French).

Maintaining ties between French and Canadian SAR actors, training together to ensure total interoperability and developing each other’s know-how: these are three fundamentals to implement today in order to save lives tomorrow.

On Tuesday 20 April, returning from Lake Ontario after unprecedented exercises, the Fulmar made a final stopover in Quebec City before heading for its home port of St Pierre et Miquelon. 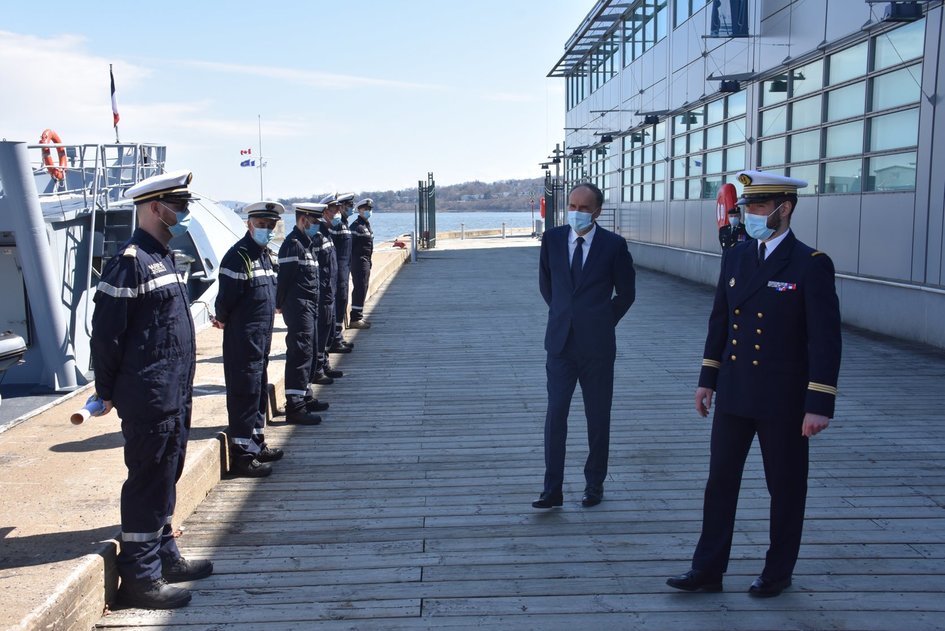