Based in Saint-Pierre and Miquelon, the patrol ship PSP Fulmar is part of a naval action force of the Marine nationale française, France’s national navy. It is commanded by a chief of staff of the French army.

During its three-day port visit to Rimouski on June 2–4, the vessel will be visited by five different classes from schools in the region. In total, roughly 115 students will visit the Fulmar. 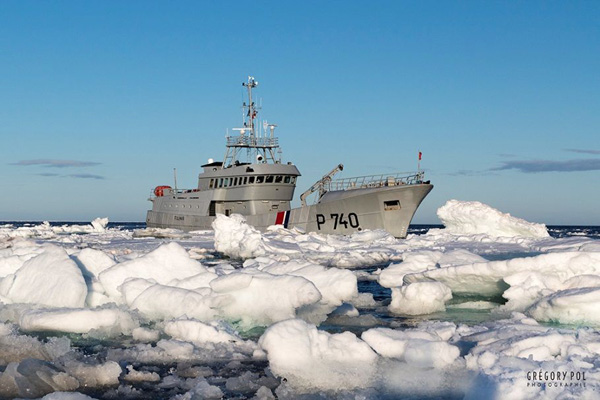 The schedule for this port visit is as follows:

Commanded by Lieutenant Josian Grenet since July 2013, the Fulmar is served by a crew of 11 members of the Marine nationale as it carries out the missions assigned to it in French territorial waters. Its missions are primarily as follows:

Maritime missions under the authority of the Prefect of Saint-Pierre and Miquelon: sea rescue missions to the south of Newfoundland and in French territorial waters; security regarding navigation and recreational boating; anti-pollution and anti-trafficking initiatives; policing fisheries activity in the French exclusive economic zone (EEZ). In carrying out these missions, the vessel maintains regional cooperation with local Canadian forces (Canadian Navy, Coast Guard, and RCMP). Representative port visits are scheduled on a regular basis in order to maintain contact with local and regional authorities.

Defense missions that are generally assigned to national navy vessels: surveillance and security of maritime approaches; freedom of communication channels in territorial waters and the French EEZ.

The PSP Fulmar is 40 metres long and 8.5 metres wide. It is sufficiently autonomous to cross the Atlantic and reach the shores of France.