Students enrolled in the international baccalaureate program at Gisèle-Lalonde secondary school in Orleans received a special visit on September 26 from Mr. Philippe Zeller, Ambassador of France to Canada.

About 30 students had the opportunity to hear him speak about the European Union. Ambassador Zeller’s talk is part of a pilot project between the Conseil des écoles publiques de l’Est de L’Ontario (CEPEO), the European Union Delegation to Canada and EU Member States, a joint effort that involves visits to CEPEO schools by ambassadors and diplomats from European Union countries.

Ambassador Zeller’s visit offered a unique occasion for students to learn more about a range of topics, from economy and geography to the history of the European Union. 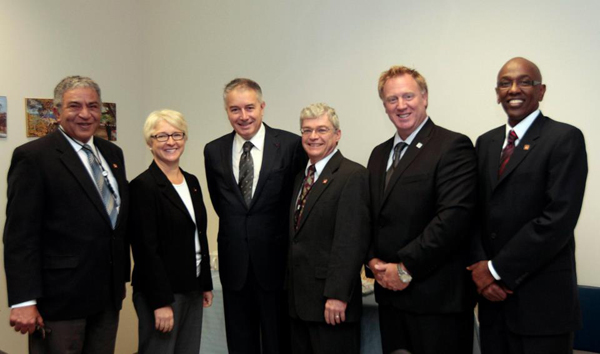