The Right Honourable Beverley McLachlin, Chief Justice of Canada, received the medal of Commandeur of the Légion d’honneur. 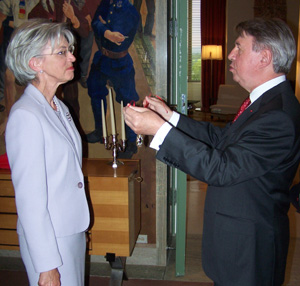 The Ambassador of France to Canada, H.E. Daniel Jouanneau, handed out the medal during a ceremony that was held on July 5th at the Residence of the Embassy of France in Canada. 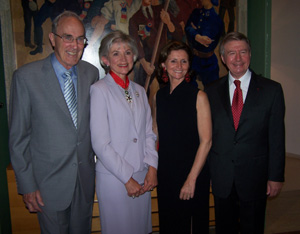 The Rt. Hon. Beverley McLachlin is the Chief Justice of Canada since January 2000. She was appointed to the Supreme Court of Canada on March 30, 1989. Before, she was judge in British-Columbia, where she called to the Bar in 1971.

Speech of the Ambassador