The Honourable Serge Joyal, Senator, has been promoted to Commander in the National Order of the Legion of Honour by the President of the French Republic. On behalf of the French President, French Ambassador Mrs. Kareen Rispal presented him with these insignia during a ceremony held at the Résidence de France on Tuesday, December 3, 2019.

A great friend of France and a particularly active member of the Canada-France Interparliamentary Association (an association that enables Canadian and French parliamentarians to exchange views on subjects and issues of common interest), Senator Joyal has always supported initiatives aimed at defending and promoting the values shared by our two countries. This commitment has helped to strengthen the friendship between France and Canada.

A lover of history who is particularly attached to the French fact in North America, Senator Joyal is an avowed defender of La Francophonie.

He also worked hard to promote the duty to remember, taking an active part in commemorating the First World War Centenary, notably by publishing a book “Le Canada et la France dans la Grande Guerre 1914-1918”. He was also an Ambassador for the Vimy Foundation, supporting the construction of the Interpretation Centre (inaugurated in 2017, on the occasion of the centenary of the Battle of Vimy Ridge). He also contributed to the construction of the Battle of Hill 70 Memorial in Loos-en-Gohelle (also inaugurated in April 2017).

The Legion of Honour is the highest French distinction. It was created in 1802 by Napoleon Bonaparte, to whom Senator Joyal personally dedicated "Le Mythe de Napoléon au Canada français", the book that inspired a documentary which aired on national TV. The Legion rewards outstanding achievements in France’s service. 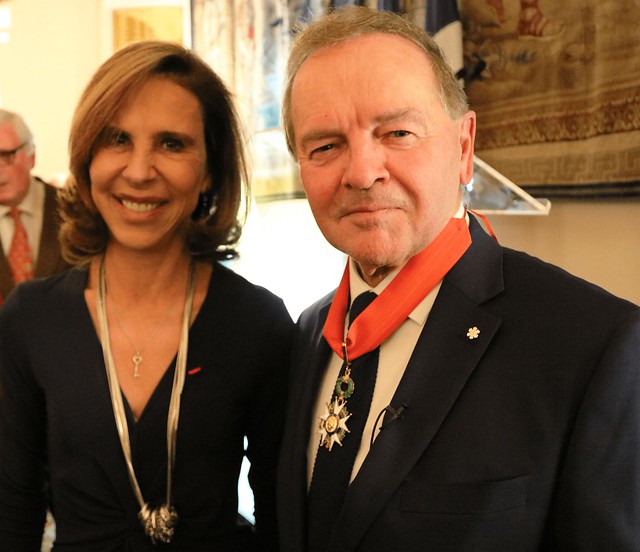