On February 17th, at the Embassy of France, the Ambassador of France to Canada, Nicolas Chapuis, presented the insignia of Officer of the Legion of Honour to Senator Claudette Tardif. 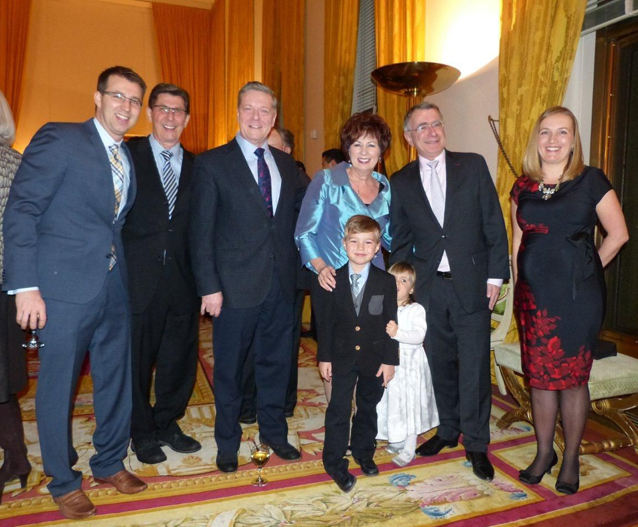 Claudette Tardif has been known for many years as one of the leading defenders of the cultural and linguistic rights of Francophone minorities in Canada, particularly in Alberta. She is also known for her significant contributions to the fields of secondary and post-secondary education.

Over the course of her university career, her research was focused on immersion pedagogy and the role that French-language education plays in the development of cultural identity in minority communities. She is credited with many publications in the fields of immersion pedagogy, minority language rights, and teacher training.

Appointed to the Senate of Canada on March 24th, 2005, Claudette Tardif continued her efforts to defend and promote the French language. In her role as Chair of the Canadian section of the Canada-France Interparliamentary Association, which she has held since November 2009, she has also actively contributed to the development of Franco-Canadian relations.

It is in recognition of all of these merits that France wishes to express its profound gratitude by presenting Dr. Tardif with the highest award that it can bestow.

The Legion of Honour is the highest award that France can bestow. For two centuries, it has been awarded on behalf of the Head of State to the most deserving citizens in all fields of activity. The Legion of Honour can be awarded to people who are not citizens of France if, for example, they have promoted causes that France defends as well (defense of human rights, freedom of press, humanitarian causes, the Francophonie…).