Mr. Sheedy is among the veterans receiving awards as part of an exceptional campaign dedicated to presenting the insignia of Knight of the National Order of the Legion of Honour to foreign veterans who took part in the liberation of France at the end of the Second World War. Mr. Sheedy landed in Normandy on June 6th, 1944, with the 2nd Battalion South Wales Borderers.

"...We have come together today to pay tributeto the exemplary dedication of Mr. Sheedy and to pay tribute to his comrades who,unfortunately, never returned from France after landing there, some 73 years ago..." 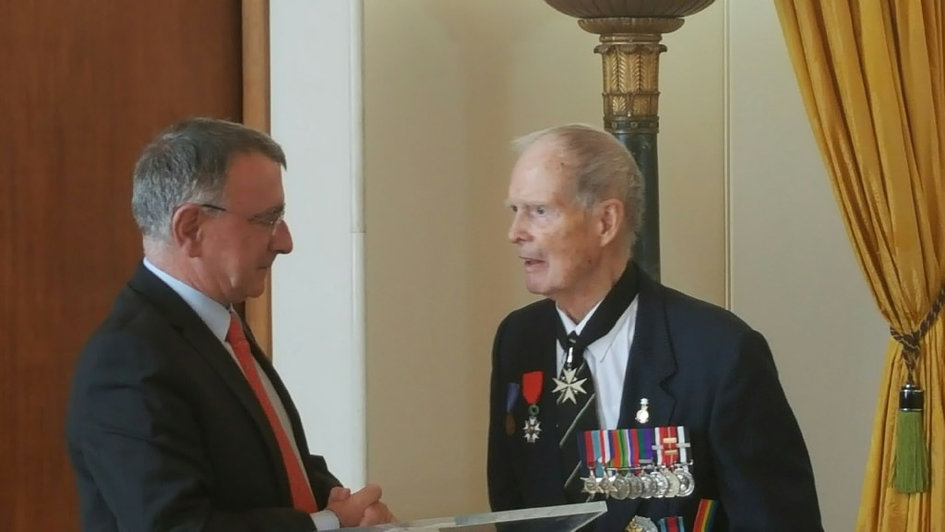 More pictures of this event are available on Flickr.