French Major-General Hugues Delort-Laval, the officer responsible for international relations for the French Army, presented the insignia of Officer of the Legion of Honour to Lieutenant-General Stuart Beare at the Embassy of France on January 14th, 2016. 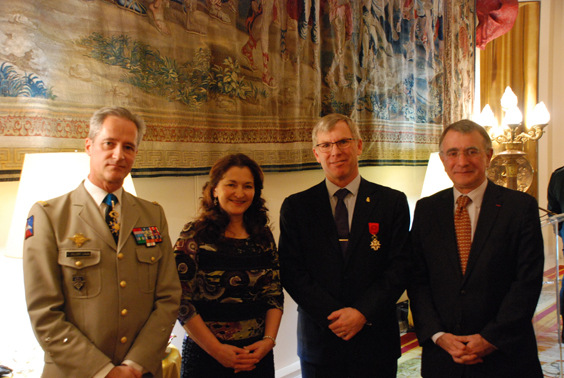 This evening, the Republic of France, acting through me, would like to honour your remarkable professional and personal character, which you have dedicated to the service of your country, Canada, but also to Franco-Canadian relations…”