Food crises: for an effective and inclusive response to the consequences of the war in Ukraine [fr]

By aggressing Ukraine, Russia has severely jeopardized the food security of millions of people. The impact of this war stretches well beyond the Ukrainian borders – the whole world is affected by the rising costs of agricultural goods. But it is even harder for those living in several developing countries, which were already facing serious food insecurity and malnutrition.

A worrying situation, even before the war in Ukraine

Globally, some 800 million people are hungry according to the most recent estimates available. At the end of 2021, 193 million people were facing a food crisis in 53 countries and territories. Before the Ukrainian crisis, several countries were already in a very precarious situation due to security, economic and climate-related fragilities, and particularly the effects of the COVID-19 pandemic, which has led to over 120 million people suffering from hunger in the world.

The Russian aggression against Ukraine has already had and will continue to have destabilizing consequences on food security because of:

This is extremely detrimental to some countries in Africa and the Near and Middle East which are greatly dependent on agricultural exports such as grains, vegetable oils and fertilizers from Russia and/or Ukraine. All countries have experienced an upheaval in global supply chains.

Global food insecurity has gotten much worse because of all of these factors, after already having worsened considerably during the COVID-19 pandemic.

France and its European partners are mobilized

The European Commission has adopted an initial humanitarian budget of €1.5 billion for 2022, with almost €554 million allocated to sub-Saharan Africa, in response to food and nutritional needs and other basic needs of vulnerable populations in countries affected by conflict. This European commitment will be continued and strengthened, with the support of France, as it holds the Presidency of the Council of the EU. The European Commission also announced that €225 million had been earmarked to support the resilience of its southern neighbours (Recovery and Resilience Facility).

France is convinced that the response to food crises must be swift, supportive and multilateral if it is to be effective.

On 24 March, France, under its Presidency of the Council of the European Union, presented the FARM initiative for food security in the most vulnerable countries. France works with several multilateral forums to roll out its initiatives:

These actions do not take away from the fact that we need to respond in an operational manner to the immediate requirements of Ukrainian farmers concerning non-road diesel, fertilizers, pesticides and seeds, which are all essential to future agricultural work, especially spring sowing and future harvests. In particular, France is donating €2 million to an FAO project which specifically aims to support the Ukrainian agricultural sector, weakened by the war. This is a very short-term concern, when the FAO estimates that the next wheat harvest in Ukraine could be 28% lower than last year.

France has suggested that the FARM initiative be structured on three pillars, with the support of international organizations (including World Trade Organization (WTO), World Food Programme (WFP) and International Fund for Agricultural Development (IFAD)) which are working hard to implement this roadmap:

The immediate goal is to rally interested donors together behind IFAD’s coordination role so it can start work on the operational and financial elements.

These three pillars must be rolled out with regional partners, particularly those in Africa, to best respond to locally-identified needs.

In line with the commitments made at the last European Union-African Union Summit, the aim is to work with African partners to develop key sectors, with projects such as the plant protein initiative and the accelerated implementation of the Great Green Wall. These efforts could be reflected in a joint EU-AU plan for the third pillar of the FARM to highlight the objectives which are central to the AU’s food and agricultural strategy. 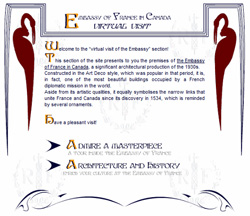