The FREMM multi-mission frigate Languedoc carried out a four-day port visit in Montréal from September 24th to 28th, 2016, after taking part in Exercise Cutlass Fury 2016, an international naval exercise organized off the coast of Halifax by the Royal Canadian Navy. 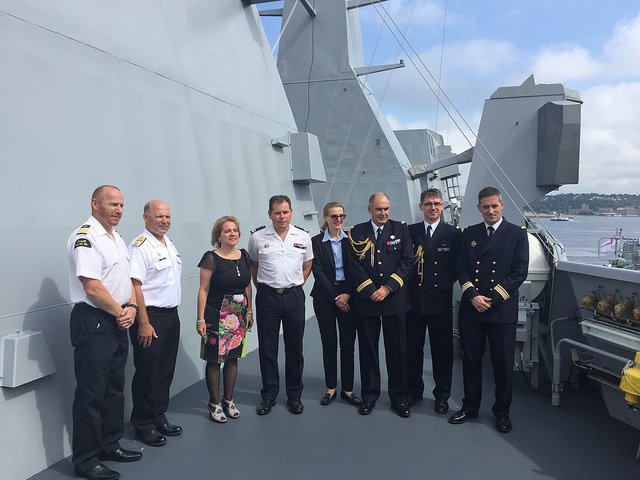 The FREMM Languedoc is an anti-submarine vessel with a mixed-gender crew of 145 under the command of Captain Guillaume Arnoux. Based in Toulon, France, and delivered in March 2016 by its manufacturer, DCNS, the FREMM Languedoc is the third FREMM frigate in the French navy.