Home > The Embassy > News in Canada > Archives > 2012 : events in Canada > Commemoration of Dieppe Raid in Ottawa

Commemoration of Dieppe Raid in Ottawa

On August 19th, as part of memorial services organized in both Dieppe and in Ottawa, France paid tribute to the members of the Canadian Forces who took part in the raid on Dieppe 70 years ago. 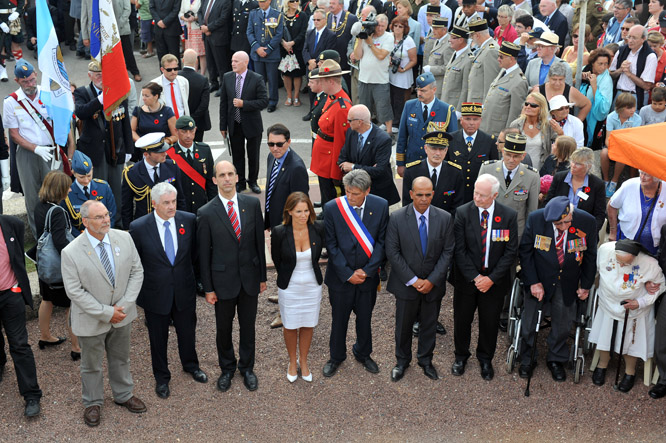 
In Dieppe, French Junior Minister for Veterans Kader Arif, as well as a number of civilian, military, and ecclesiastical figures joined the Governor General of Canada, David Johnston, Canadian Veterans Affairs Minister Steven Blaney, and the veterans present. The Ambassador of France to Canada, Philippe Zeller, and the Ambassador of Canada to France, Lawrence Cannon, were also in attendance. 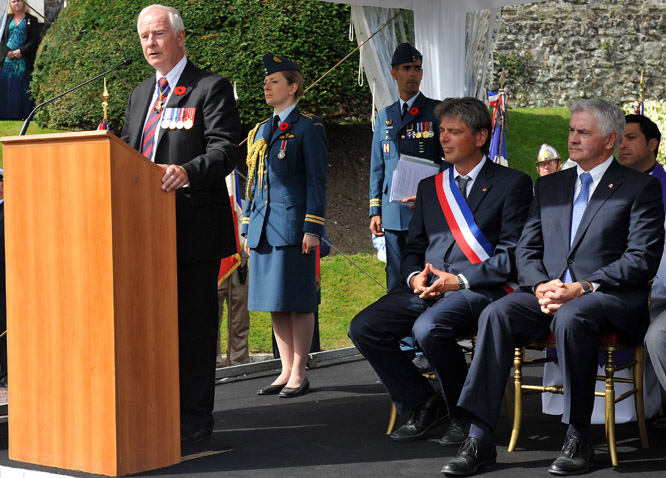 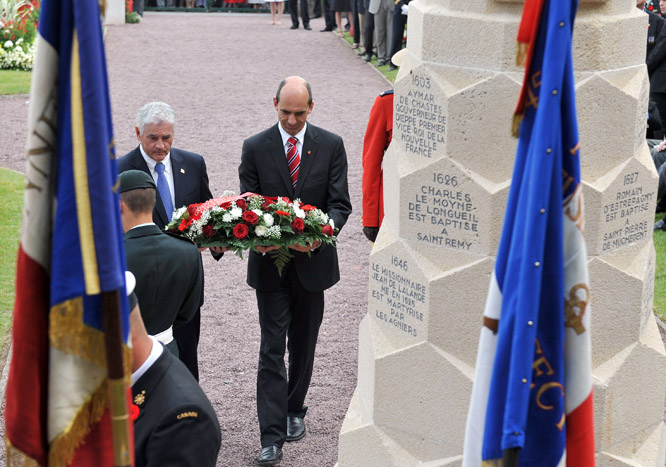 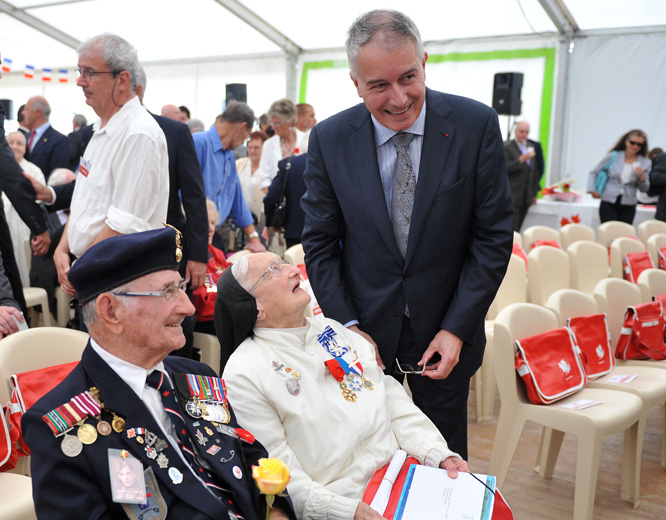 
In Ottawa, the chargé d’affaires and the Defense Attaché of the Embassy of France took part in ceremonies organized at the National War Memorial, where they laid a wreath.


France will never forget the heavy price that Canadians paid at Dieppe, on August 19th, 1942, for liberty and democracy in Europe. Operation Jubilee was one of the critical moments of the Second World War. It was also a contributing factor to the renewal of the unique bonds between Canada and France.

The presence of thousands of young Canadians in Dieppe this past Sunday underlines, to use the words of Governor General Johnston, the enormity of the sacrifice Canada made at Dieppe and reminds us that France and Canada are essential allies sharing a transatlantic bonds of security, prosperity, and philosophical values. It also reminds us that our two countries can accomplish great things together.

70th Anniversary of the Dieppe Raid in France

Visit to Dieppe (The Governor General of Canada website)

70th Anniversary of the Dieppe Raid (Embassy of Canada in France)