Presentation of the Meritorious Service Medal (Military Division) to Colonel Siegfried Usal by His Excellency the Right Honourable David Johnston, Governor General and Commander-in-Chief of Canada, on Thursday, November 15th, 2012. 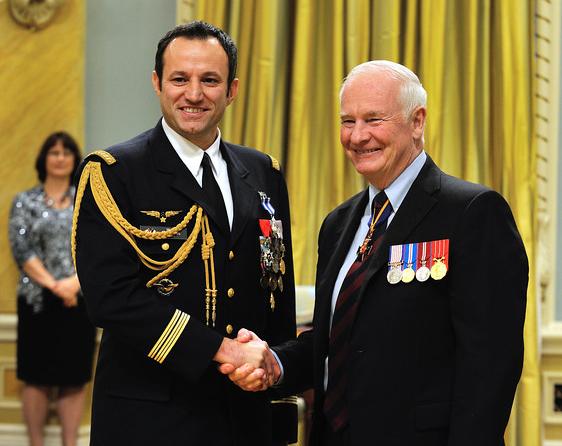 The efforts of Colonal Usal, Defense Attaché at the Embassy of France in Ottawa since 2010, to promote binational cooperation were of critical importance to Royal Canadian Air Force operations.

They were also instrumental in building more concrete cooperative relations between the French and Canadian armed forces during Canadian operations in Libya. Colonel Usal’s expertise has had a profound effect in Canada’s favour and has made a distinct contribution to strengthening coalition forces, of which Canada was an essential participant.

Speech by the Governor General