Commemorating the storming of the Bastille on 14th July 1789, Bastille Day takes place on the same date each year. The main event is a grand military parade along the Champs-Élysées, attended by the President of the Republic and other political leaders. It is accompanied by fireworks and publics dances in towns throughout the whole of France.

1789, Storming of the Bastille

With les États Généraux (the Estates General), summoned in spring 1789, becoming l’Assemblée nationale constituante (The National Constituent Assembly), and Paris experiencing unrest, the direct cause of this initial uprising of the people of Paris was the dismissal of Necker, a popular Minister, by Louis XVI. On the morning of 14th July, the people of Paris took weapons from les Invalides (L’Hôtel national des Invalides, the National Residence of the Invalids) and headed towards the old royal fortress of Bastille. It was seized following bloody gunfire, and the prisoners released. The King quickly surrendered: he reinstated Necker and acknowledged new Parisian leaders: Mayor Bailly and le commandant de la garde nationale (Commander of the National Guard), La Fayette.

On 14th July 1790, the demolition of the fortress of Bastille was completed and 260,000 Parisians, along with the King, the Queen consort and delegates from all administrative departments, celebrated the first anniversary of the storming of the Bastille on the Champ de Mars. Known as the Fête de la Fédération, it celebrated the short-lived success of the constitutional monarchy.

Thereafter, 14th July celebrations were abandoned until, under the Third Republic, the 14th July was declared as a national holiday by the law of 6th July 1880. In order to affirm the recovery of France following the 1870 defeat, emphasis is placed on the patriotic and military nature of the celebration, which begins on the night of the 13th with the retraite aux flambeaux (a re-enactment of the storming of the Bastille, which sees people carrying torch flames). The following day, church bells signal the military parade. Dances and fireworks conclude the day. 14th July has officially been the French Bastille Day since 1880. For the French, it symbolises the end of absolute monarchy and the beginning of the Republic.

The reception at the Embassy of France in Canada 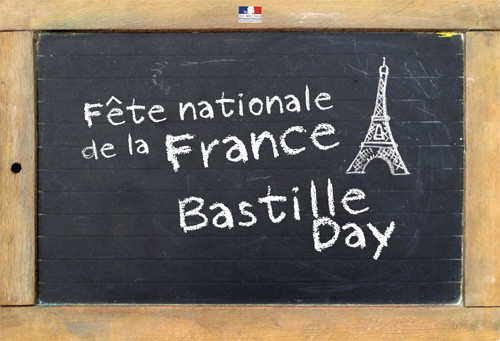 The reception at the Embassy of France in Canada took place Friday, July 12th, in the gardens of the Residence, at 42 Sussex Drive, Ottawa. 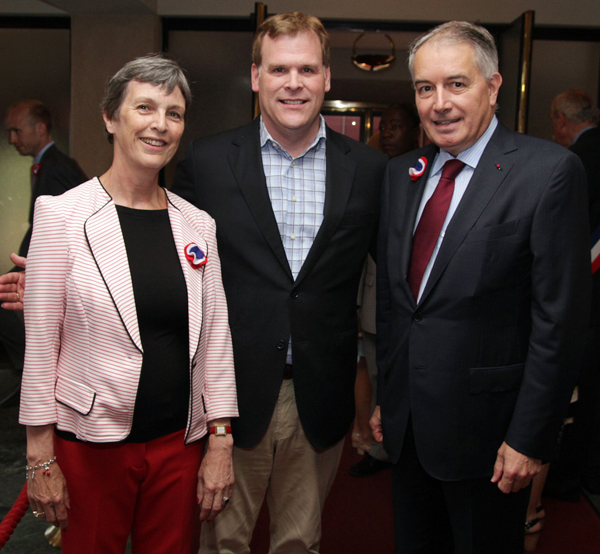 In Paris, the July 14, 2013’s edition of this event was the occasion to commemorate three major events:

The 50th anniversary of the Élysée Treaty

Croatia’s entry into the European Union