A group of students from Ottawa’s John McRae Secondary School visited the Embassy of France in Ottawa in preparation for their trip to Vimy, France, in honour of the centennial anniversary of the Battle of Vimy Ridge in April 2017. 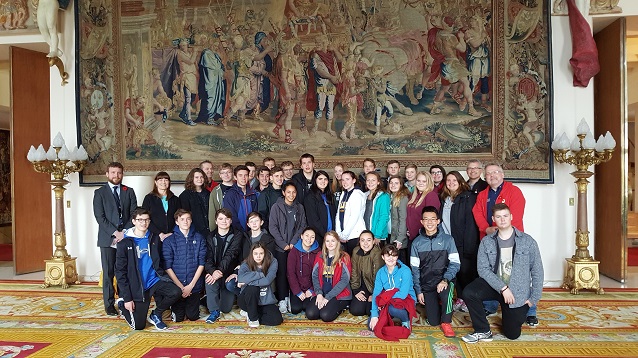 The Embassy’s grand hall contains a replica of the monument erected on Vimy Ridge in 1936. This replica, created by sculptor Louis Leygue, represents the monument designed by Walter Seymour Allward as a tribute to the 3598 Canadian soldiers who fell at Vimy. The monument was unveiled in France in late July 1936, just a few days after the first stones were laid in the construction of the Embassy on July 14th, 1936.