The 70th anniversary of D-Day and the Battle of Normandy 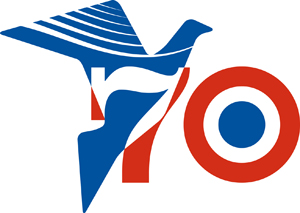 From June 5th to August 21st 2014, Normandy will be celebrating the 70th anniversary of D-Day and the Battle of Normandy with due splendor and emotion. This year’s anniversary will be a time of national and international contemplation and communion.

Traditionally, annual commemorations of the Landings of June 6th 1944 have always been major events for Basse-Normandie, all the more so on the occasions of quinquennial and decennial anniversaries, where the international aspect is especially prominent.

And because this will likely be the last decennial anniversary to take place in the presence of actors in and witnesses to those momentous events, it will be a particularly special occasion; welcoming a still large number of the remaining men and women who act as guardians of this “living memory” – probably for the last time and in celebration of a great anniversary – will indeed be cause for heartfelt emotion.

The anniversary will also provide a fitting opportunity for transmission of memory and the sharing of those fundamental values for which so many young men were willing to make the supreme sacrifice: peace, freedom, brotherhood and the dignity of humankind.

The presence of the liberators of Normandy, France and Europe will be a fresh occasion for us to show them our undying gratitude, and to stand alongside them in associating our young people with the various commemorative actions so as to make the event an essential step in transmission of memory. A range of educational initiatives are already underway across the region.

The June 6th Landings are of cardinal importance in the collective memory of the English-speaking world, which is why the 70th anniversary will also include a message of thanks and unfailing friendship from the French people to the British, American and Canadian peoples.

We shall be no less committed to expressing our unbounded gratitude to the Poles, Dutch, Belgians, Australians, Greeks, Luxembourgers, Norwegians, Czechs, Slovakians, New Zealanders and Danes, all of them France’s liberators, who will also have a place of honor in the commemorations and remembrance initiatives.

The choice of the Sword Beach sector for holding the international ceremony on June 6th 2014 will also enable fitting tribute to be paid to the 177 men of Kieffer’s Commando Battalion, who were the only French soldiers to take part in ground operations on D-Day, alongside their British comrades.

In addition, as in 2004, this anniversary will also be a milestone in the process of Franco-German reconciliation, keeping alive the spirit of the Élysée Treaty.

And finally, it will be an occasion to remember the heavy price that the civilian population had to pay for the liberation of Normandy and France, and to pay tribute to the heroism shown by the Norman people in 1944. Alongside the necessary tribute paid to the soldiers that lost their lives, we should also remember those who found themselves at the mercy of military strategy and caught up in a rain of fire in the midst of the fighting. In the spring and summer of 2014, the eyes of the world will be on Normandy; it will be an occasion for the region to show the world its dynamism, its many assets, and its determination to build a future without forgetting the past. 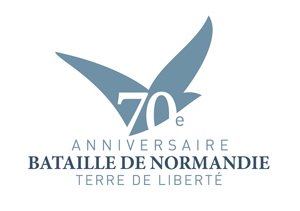