As part of an initiative launched by the President of the Republic on the occasion of the 70th anniversary of the D-Day Landings that took place in June 1944, 16 Canadian veterans who took part in D-Day operations during the Second World War received the Legion of Honour, France’s highest award. 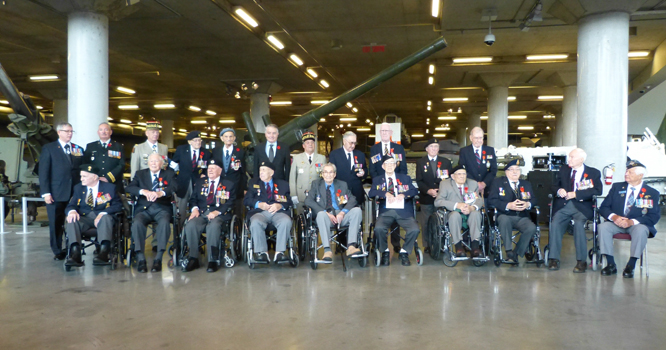 To thank all of the Canadian veterans who paid a heavy price to come and liberate France from Nazi occupation, the President of the Republic of France has decided to honour a great number of living Second World War veterans who took part in the campaigns to liberate France following the D-Day Landings by raising them to the rank of Knight of the Legion of Honour. In Canada alone, almost 600 veterans have already been decorated this way or are currently receiving their awards.